Yesterday was Evan's first birthday. We had his party Saturday. I promised to post some pictures, so here they are, along with some pictures of Aidan in his new "ride". His wheelchair/stroller was delivered on Friday. It has a tray on it so I decided to try some hand-over-hand drawing with him, and we made a card for Evan for his birthday. I tried to post this last night but we kept having storms and the power was flickering.

We have checked out a new hyperbaric facility. They have the hard chambers there. The grant that we received from HUGS should help us pay for most of the treatments and the other money that we have raised to buy a soft chamber will be put toward other equipment like the biofeedback unit, and some physical/occupational equipment that insurance will not cover. I'm looking at getting a hammock swing and stand for Aidan. The occupational therapist put him in a hammock last week and he seemed to like it. I'm also hoping to get a therapy table built for him so that we don't have to get him down on the floor all the time. It's really hard on my back to try to get him up from the floor, I'd hate to see how it's going to be when he gets much bigger. Aidan already weighs 35 pounds and is 36.5 inches long, at 28 months old. Everyone comments on how big he is.

Well, I hope you all enjoy the pictures. Notice the one with Bella (the puppy) snuggled in next to Aidan in the crib. She slept like that for a long time on Saturday.

The poker run went well Saturday night. I'd like to thank all of the people who rode for Aidan, those that donated and who also purchased wristbands. I think the preliminary total was about $1200 and we also sold about $150 worth of wristbands. We went out there for the dinner and for everyone to meet Aidan. Thanks again everyone, we greatly appreciate all of the support and generosity.

Thank you all for your continued prayers. Next week is the SPECT scan (June 30) and the following day is the appointment with the ENT to find out about the passy-muir valve.

Some other good news- Russell was offered a job. It's only a 2 month contract and it starts on June 30th. While he was on his way to fill out the paperwork this afternoon, another place called him and they want to do an interview tomorrow for a different position that would be a 6 month contract to permanent. I think he's going to go ahead and do the interview. A 2 month contract is okay, but if he has the possiblity of getting a longer term position, I'd rather he go for that one.

From the beginning things have just worked out. Russell lost his job right before the accident, and things have just fallen into place from there. God has a plan, we're just following the best we can. I have hope that Aidan is going to get better, that in a few years we'll be able to look at him and just be amazed at the progress he's made. I'm hoping that somewhere in all these plans that God has, he has a plan for us to have our own place. I'm ready for us to be in our own space again. We need room to spread out and my mom needs her house back. We'll just keep praying. :) 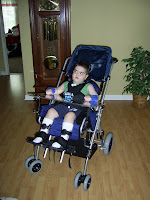 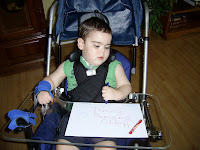 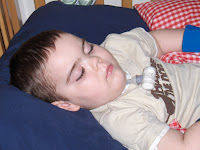 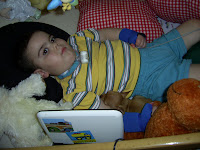 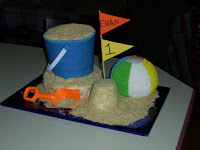 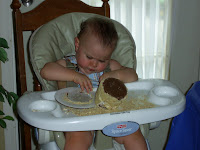 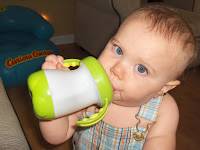 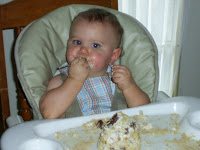 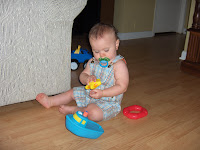 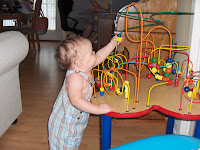 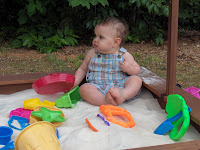 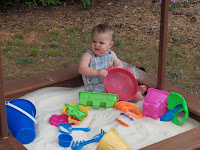 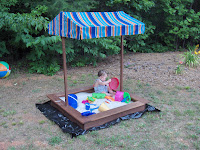 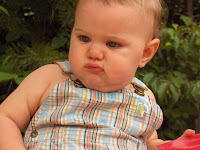 The photo of Aidan with the puppy is just PRECIOUS. . .and Aidan looks pretty happy about it.

Congrats to Russell on the job front...and if you're looking for something full time in the tech sector and don't mind moving to Maryland (think "Johns Hopkins" in the area!) Let me know! My company is hiring FAST AND FURIOUS.

That puppy should belong to Aidan. He needs it the most. Donate the puppy to Aidan!!!

Love the pictures! We had fun at the party. I just wish we could have stayed longer. Had it not been for my neurotic dog, I would have stayed to see all of Evan's presents. Thanks for inviting us!
Love,
Brandy & Caiden

Hey Erin~ Thanks for keeping us all updated on Aidan. What a blessing that he has smiled!! Praise God!! I love the "stand in the rain" song you have on your playlist. "Beauty from pain" is another good one if you haven't heard it (also by Superchick). I will continue to keep you all in my prayers!

That ride is nice. Is easier to get him in and out of? It looks like it would be more comfortable for him.

It is somewhat easier. The side pieces (can't remember the technical name for them) are the wrong size, so we have to wait for new ones to come in.